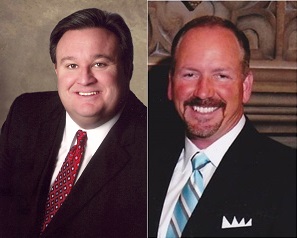 One vote separates incumbent Robert George and his challenger, Sean Myatt, in the District 5 York School Board race, according to unofficial election results.

Myatt, who is trailing, said he would be requesting a recount as a gesture to his supporters.

“I think it’s the appropriate thing to do, to request a recount,” he said, adding the campaign and election process has been a powerful and positive experience for him so far.

George, who is seeking a third term on the board, said his opponent made him aware of the imminent recount.

“My opponent had called and congratulated me and said he was interested in a recount,” George said. “It’s close and it’s surprising, but then again I think you have two great candidates so it doesn’t surprise me that much. I knew it was going to be close but not that close. I’m just kind of waiting it out.”

The Virginia Department of Elections shows George holds the lead with 1,018 votes; Myatt stands at 1,017 votes.