In Challenge for 93rd District, Overy Aims to be Effective Connector 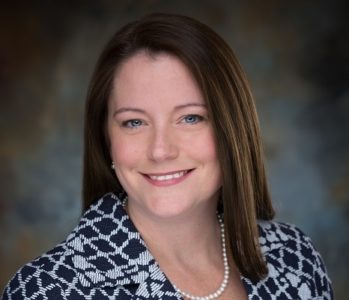 When Lara Overy became a single mother, she said she had to learn how to make the most out of little and be a “good steward” of the limited resources she had.

The careful financial choices she made while raising her daughter, she said, are not so far from the fiscal conservatism she would like to see the House of Delegates practice in the next two years, an approach to spending she would encourage if she wins the 93rd District seat.

“I think that perspective of having to work hard and raise a child on your own is much needed and more representative of everyday citizens,” Overy said. “I think we need that perspective in Richmond. We need people with more diversity, different backgrounds.”

Overy, 39, moved to Williamsburg two years ago after she and her husband restored their historic home on Richmond Road. With the exception of moving out of the area for college, Overy said she has lived on the Peninsula her entire life.

She had worked on former 93rd District Del. Mike Watson’s campaign. Overy said although he was only in office for one term, he accomplished much for the district and built bridges that incumbent Monty Mason (D) has not been able to match.

She said her Republican affiliation would be an asset in the majority-Republican House of Delegates, but said her insight on the community as a native and her skill as a connector would allow her to be a successful advocate for the district, which includes the City of Williamsburg and parts of Newport News, James City and York counties.

“I think I would be more effective at representing the community and getting things done,” Overy said.

If elected, Overy said her priorities would include diversifying the economy to attract businesses and develop jobs; improving transportation to encourage commerce and job creation and advocating for workforce development programs and resources for high-schoolers to prepare them for skilled trades.

As the director of development at Thomas Nelson Community College, Overy said she has raised support for workforce training programs and developed relationships with community organizations and businesses.

“It’s a unique opportunity to work with businesses, understand real challenges, build relationships and understand what needs to be done to make our community better,” Overy said.

Overy is Mason’s first challenger for the seat, which he won from Watson in 2013. The two candidates will meet for a forum at 7 p.m. Thursday at the Williamsburg Regional Library. Overy said the forum will be the one chance for the candidates to be on an “even playing field” and debate the issues.

“It’s very important for the voters to have an opportunity to judge for themselves on these issues,” Overy said.

The 93rd District race was recently named one of 15 to watch by the Republican State Leadership Committee, a national GOP group. Overy said she was honored to be supported by the committee but also said it feels good to know she is the kind of candidate leaders want to see in the House of Delegates.

“I hope to be able to win this race, serve this community and make a difference,” Overy said.