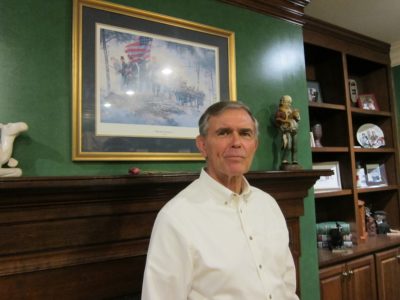 In his 33 years as a member of the U.S. Army, Walt Zaremba said he learned how to make decisions with the interests of others in mind.

He said this same approach applies to York County’s Board of Supervisors, to which he will likely return to represent upper county residents for a sixth term.

“I’m very privileged to be elected five times and this will be the sixth time, if the good Lord wills that I have another good number of years to serve, just to make sure York County remains the great county that it is,” Zaremba said.

Zaremba, 76, first ran for office in 1995 at the urging of a close friend, Bob Walker, who he said thought it would be good for the county to “get some blood in there that might have the citizens’ interest in mind.”

After serving five consecutive terms, Zaremba defeated challenger Rebekah Sandridge in the Republican primary in June and will run unopposed to represent District 1 in November.

In his 20 years of service on the board, Zaremba said one of his proudest accomplishments was opening New Quarter Park, which had been closed off to the public when he was elected to office.

Going forward, Zaremba said it is critical the “ambiance of the county” is not disrupted as the board responds to population and economic growth.

Zaremba said the county will need to pursue opportunities for economic growth in light of the revenue loss that came with the end of refining operations at Western Refining in Yorktown and potential losses following the planned closure of Dominion Virginia Power’s Yorktown Power Station.

“The issue is how to smartly solve the tax shortfall without putting it on the burden of our citizens,” Zaremba said.

He said he would like to recruit “clean, green, high tech development” to put down roots in the county. Zaremba said he also wants to make sure service providers like Dominion leave a clean footprint when they pack up shop.

Ultimately, he said he is committed to making sure any growth is consistent with what taxpaying citizens want, even though he understands some residents may be content with keeping the county the way it is.

“If we’re happy with being a bedroom community, so be it,” Zaremba said, “but I don’t think we’ll be happy.”