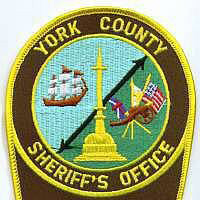 A July 14 home invasion in York County may have been motivated by an earlier incident between one of the home’s occupants and a suspect.

Five people were arrested July 15 in connection to an attempted robbery of a home on the 1100 block of Wilkins Drive. The incident may have stemmed from a recent incident between 23-year-old Willie Bernard Rose, one of those arrested, and a juvenile occupant of the house, according to a criminal complaint filed against him.

Williamsburg resident Sylvester Edward Langley, 28, York County resident Kaniqua Shaquan Perrin, 24, Gloucester resident Charles Elliot Brooks, 28, and a 16-year-old juvenile who is not being named due to his age, were also arrested.

The attempted robbery began just after midnight July 14, according to the criminal complaint. A minor resident of the Wilkins Drive home reported he heard the front door “jiggling,” followed by a knock on the door. When the minor asked who was at the door, a person armed with a shotgun entered the home by opening the unlocked door.

The minor ran into the bedroom of another minor resident and announced someone had broken into the home. The second minor reported two black males entered the home. One was armed with a shotgun, the other with a pistol, and both had their faces covered.

No injuries were reported due to the incident.

Deputies from the York-Poquoson Sheriff’s Office responded a short time later, and recovered four 9mm bullets and a magazine spring on the floor in the hallway of the home, according to the complaint.

Rose was identified as a potential suspect according to one of the minor residents of the home, due to a recent incident between the two.

The complaint goes on to say an informant came forward to YPSO with information on the incident only suspects and victims would know, which led to the identification of Rose, Brooks, Langley and the juvenile.

Rose, Langley, Brooks and the juvenile were approached by a police officer in the parking lot of the York County Courthouse. A search of the vehicle uncovered a 9mm handgun and a broken magazine. All four of the vehicle’s occupants were then taken into custody.

Each of them confessed to being involved in the attempted robbery, and also implicated Perrin. The criminal complaint identified Brooks as the driver during the incident, Rose and Perrin as lookouts, and Langley and the juvenile as the two individuals who entered the home.

The goal of the robbery was to rob the residents of drugs, money and jewelry.

Rose, Brooks, Langley and the juvenile have all been charged with burglary, attempted robbery, conspiracy to commit robbery and use of a firearm in the commission of a felony. Rose, Brooks and Langley were also charged with contributing to the delinquency of a minor.

Perrin was charged with burglary, attempted robbery, conspiracy to commit robbery and contributing to the delinquency of a minor.