Williamsburg Man Gets Six Years in Prison for Timeshare Scam 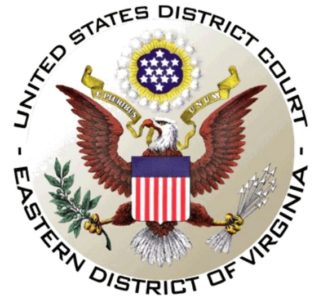 A Williamsburg man was sentenced to 74 months in prison Monday for his involvement in a scheme to illegitimately collect fees associated with the transfer of timeshare units.

Keith Kosco was indicted in November after an investigation by the FBI and IRS revealed he fraudulently conducted transfers of more than 1,000 timeshare units into the names of people whose identities were stolen.

Kosco was convicted of conspiracy to commit mail and wire fraud, aggravated identity theft and engaging in monetary transactions in property derived from specified unlawful activity. In addition to his sentence, he must jointly pay more than $740,000 in restitution with co-defendant Julie Duffield, according to a news release from the U.S. Attorney’s Office for the Eastern District of Virginia.

His involvement was part of a broader scheme federal prosecutors say involved at least two other people: attorney Deborah Wagner of Williamsburg, Brendan Hawkins of Williamsburg and Duffield, who is from Montana.

The prosecutors allege Wagner, Kosco, Hawkins and Duffield obtained timeshare units in the U.S. and transferred them to new owners. Transfer fees that should have gone to representatives of the new owners of the timeshares were then allegedly pocketed by the trio.

They allegedly collected between $25 and $50 for each transfer, operating from 2010 to 2013. Prosecutors say they used Wagner’s law firm, Wagner & Hyman on Jamestown Road, along with the companies Exotic Equity LLC and Goodbye Timeshare LLC to perpetrate the fraud.

During the life of the scheme, prosecutors say the quartet did not pay any required fees or taxes on timeshare units, resulting in more than $800,000 in losses for some resorts. The scheme is said to have had a “devastating impact” on the credit of the stolen identities, according to the news release.

Hawkins was sentenced to three years and 10 months in prison in December, while Duffield was given 26 months to serve. Hawkins must pay $546,904 in restitution.

Wagner has not yet been tried. She has been charged with one felony count of conspiracy to commit mail and wire fraud. A trial date has not yet been set, according to federal court records.