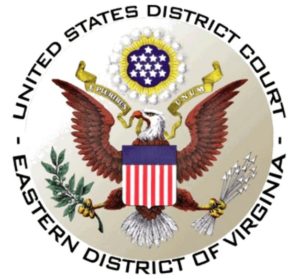 A 43-year-old woman who co-owns a law practice in Williamsburg is suspected of mail and wire fraud as a result of participating in a timeshare scheme.

Federal prosecutors say Deborah Wagner, along with others, targeted timeshare owners and resorts in the U.S., obtained the timeshare units and transferred them into the names of straw owners — representatives for owners who do not want to reveal their identities but have no stake in the property. They are accused of then collecting transfer fees from the original owners and keeping the fees for themselves instead of giving them to the straw owners.

The suspects charged between $25 and $50 in transfer fees, prosecutors wrote.

If convicted, Wagner must forfeit anything she may have used during the alleged timeshare scheme, including a computer or cell phone.

She faces one felony count of conspiracy to commit mail and wire fraud. Court records show she was originally scheduled to enter a plea on the charge June 18, but that hearing was struck from the docket the day before, and a new hearing has not yet been scheduled.

The scheme was operated in Williamsburg at Goodbye Timeshare LLC on Bypass Road between 2010 and 2013, according to federal court documents against co-conspirator Brendan Hawkins, who was convicted of the same charge in December and received a sentence of three years and 10 months.

As part of his sentence, Hawkins was ordered to pay restitution in the amount of $546,904 to the 19 resorts from which he scammed.

Another woman, Julie Duffield from Montana, was also convicted of participating in the timeshare scheme. She received 26 months in prison after pleading guilty to felony conspiracy to commit mail and wire fraud in January and was ordered to pay $738,438 in restitution.

A third man, Williamsburg resident Keith Kosco, was directly indicted in November after an investigation by the FBI and IRS revealed he conducted fraudulent transfers of more than 1,000 timeshare units into the names of people whose identities were stolen. He pleaded guilty in March.

Kosco will be sentenced at 10 a.m. July 13 in the Eastern District of Virginia’s Norfolk courtroom.

Court documents show he ended the scheme when legislation was passed to regulate the industry in 2013.

Hawkins’ attorney Fernando Groene said in court papers his client hired an attorney from a Williamsburg law firm to help him conduct the timeshare transfer transactions, explaining at the time of the offense, there was “no clear industry guidance” regulating timeshare transfers to individuals.