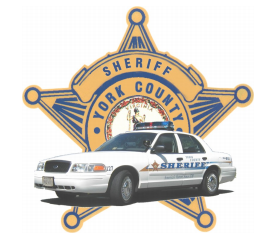 Investigators from the York-Poquoson Sheriff’s Office are asking the public for help on information regarding a man they say stole money from a Lower York County Shell gas station Sunday.

Authorities are looking for a man accused of entering the gas station at the intersection of George Washington Memorial Highway (Route 17) and Fort Eustis Boulevard at around 8:45 p.m. Sunday wearing a gray hoodie, dark colored jeans and a black ski mask.

A news release on the Sheriff’s Office’s Facebook page said the suspect pointed a black handgun at the clerk working at the time and demanded money.

After receiving an undisclosed amount of cash, the suspect, who is described as a 6-foot to 6-foot-3, 200-pound black male with bloodshot brown eyes, allegedly ran away from the gas station on foot.

This is the second report of a robbery at a gas station in the Historic Triangle over the weekend.

The two men accused of robbing the Citgo gas station clerk are described as black men of a skinny build who stood between 5-foot-7 and 5-foot-10.

Stephanie Williams with the James City County Police Department said no arrests have been made at this time.

Anyone with information on either of the gas station robberies is asked to call Crime Line at 888-LOCK-U-UP.