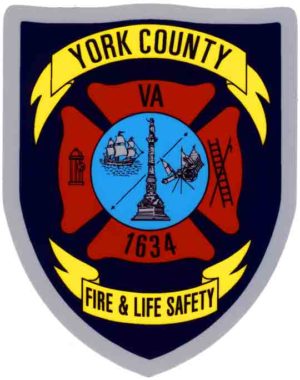 A man was found dead last night in a burning house in York County.

Assistant Chief Paul Long with the York County Department of Fire and Life Safety said several emergency calls reporting a house fire on the 500 block of Allens Mill Road were made shortly before 8 p.m. Friday.

Units arrived on scene within minute to find a two-story home “heavily involved in fire,” Long said, noting the rear, right side and part of the front of the house were engulfed. Heavy smoke and fire were present throughout the inside of the house.

Units conducting fire suppression and search and rescue operations found a deceased man inside the house. There were no other people or pets inside.

The fire was brought under control within about 15 minutes of the department’s arrival on scene. Units remained on scene until around midnight.

A joint investigation into the incident is underway by the York County Fire Marshal’s Office and the York-Poquoson Sheriff’s Office.

“We don’t have any reason to believe the fire is suspicious,” Long said.

Long said because of the damage to the house, a cause of the fire likely won’t be determined until early next week. The damage has rendered the house uninhabitable.