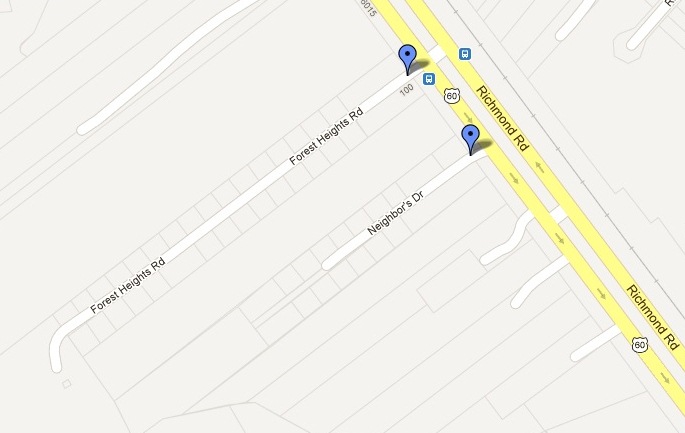 James City County-owned land purchased for the Forest Heights Road and Neighbors Drive project will be sold following a Board of Supervisors vote.

The county purchased lots to allow the overall project to widen both Forest Heights Road and Neighbors Drive and to install a sidewalk. Eleven approximately 4,000- to 5,000-square-foot lots will be sold for $35,000 to $45,000; the county purchased the lots for $28,400 to $37,000. At least five lots will be reserved for sale to Habitat for Humanity.

The matter was subject to a public hearing at Tuesday’s Board of Supervisors meeting. Resident Chris Henderson, who developed the Courthouse Commons project on Monticello Avenue, spoke to the math of the overall project, saying the cost to complete the project totals about $200,000 per single-family lot in the project area. Due to that cost, he said it would have been cheaper to relocate people and use the land the area of Forest Heights Road for commercial uses.

“This is really a case study as to why James City County should stay out of the development business,” Henderson said.

Powhatan Supervisor Andy Bradshaw later responded to the comment, saying it’s not appropriate to move people just because it’s cheaper than to build up their community.

Four speakers addressed the Neighbors Drive project during the public comment period of the meeting. Each person lives on Neighbors Drive and was in support of the project to rehabilitate the neighborhood.

The board voted 4-0 to sell the land with Stonehouse Supervisor Jim Kennedy absent.

The board also voted to allocate $775,486 in additional funds toward the Neighbors Drive portion of the project in response to the county being named to receive a Community Development Block Grant to fund a portion of the project. The funds were already in the county’s budget but needed to be designated toward the project in order for the county to receive the grant. The board voted 3-1 to allocate the funds with Berkeley Supervisor Mary Jones against and Kennedy absent.

Because the county received a CDBG to fund a portion of the project, the county had to create a plan to identify and notify minority, female and locally owned businesses of any goods and services to be purchased with the grant funds. A Housing Rehabilitation Program Design and a Residential Anti-Displacement and Relocation Plan was created to detail relocation plans and ensure demolished houses are replaced with similar dwellings, additionally a Section 504 Grievance Procedure for Disability Nondiscrimination had to be adopted to ensure handicapped residents are not excluded from the project or assistance related to it because of a handicap.

The board voted 4-0 with Kennedy absent to approve all plans.