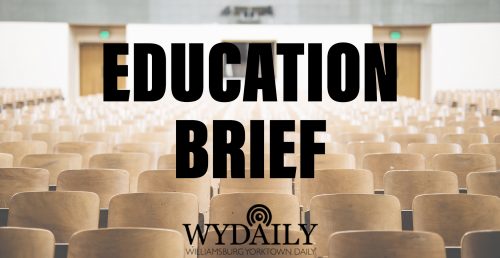 HISTORIC TRIANGLE — Colleges and Universities are releasing their Fall 2022 academic recognitions, and several area students are making the grade.

The Society welcomed 646 new initiates from 23 universities in December. Students initiated into the Society must be sophomores, juniors, seniors, or graduate/professional students in the top 35% of their class, demonstrate leadership experience in at least one of the five pillars, and embrace the order’s ideals.

Fewer than five percent of students on a campus are invited to join each year.

Omicron Delta Kappa Society, the National Leadership Honor Society, was founded in Lexington on Dec. 3, 1914. Its mission is to honor and develop leaders; encourage collaboration among students, faculty, staff, and alumni; and promote Omicron Delta Kappa’s leadership values of collaboration, inclusivity, integrity, scholarship, and service on college and university campuses throughout North America.

The society also welcomed 1,085 new initiates from 45 universities in November.

Based in Manchester, New Hampshire, Southern New Hampshire University (SNHU) is a private, nonprofit institution with a 90-year history of educating traditional-aged students and working adults. Full-time undergraduate students who have earned a minimum grade-point average of 3.500 to 3.699 for the term are named to the Dean’s List. Full-time status is achieved by earning 12 credits over each 16-week term or paired 8-week terms grouped in fall, winter/spring, and summer.

Full-time undergraduate students who have earned a minimum grade-point average of 3.700 and above for the reporting term are named to the President’s List.

Belmont University has announced the list of students recognized on the Dean’s List for the Fall 2022 semester, including Athena Lansdell of Toano.

Dean’s List eligibility is based on a minimum course load of 12 hours and a quality grade point average of 3.5 with no grade below a C.

Belmont University is located two miles from downtown Nashville, Tennessee, with nearly 9,000 students from every state and 33 countries.