UPDATE (Oct. 8,2021 2:27 p.m.): Kelvin Derrick King, Jr. of the 2700 block of Townhouse Lane in Chesapeake has been charged with reckless driving, felony elude, possession of stolen property, and driving while suspended. He has received secure bond. There is no word yet if the passenger of the stolen vehicle was found.

According to Sgt. Michelle Anaya, public information officer for VSP, the incident began at approximately 4:57 a.m. today (Oct. 8) in New Kent County when a state trooper, who is assigned to the Richmond area, noted a 2016 white Dodge Charger traveling on Interstate 64 (I-64) eastbound at speeds of 101 mph in a 70 mph speed zone.

The trooper proceeded to activate his emergency equipment (lights and sirens) in order to pull over the vehicle. The driver refused to do so and a pursuit was initiated.

After running the vehicle’s registration, VSP found that the Dodge Charger was reported stolen on Oct. 6 in Chesapeake.

The pursuit continued as the stolen vehicle reached speeds in excess of 140 mph. In an Oct. 8 release from VSP, Anaya stated that the driver continued to elude troopers down I-64 through the Hampton Roads Bridge-Tunnel and then exited the interstate at Chesapeake Boulevard in Norfolk.

The driver then went on to enter the T-section of Herbert Collins Way and Cary Ave. in the city. At this time, both the driver and passenger of the stolen vehicle jumped out, the vehicle still in motion.

The Dodge Charger then crashed at the intersection and, at that time, the driver, only described as a 19-year-old male, was detained. The passenger fled the scene and VSP is currently working with the Norfolk Police Department in a search.

The driver claimed to have no injuries but was taken to Sentara Norfolk General Hospital to be examined further before he will be placed in the custody of the Norfolk Magistrate Office.

Anaya noted that no other vehicles were involved in the crash and no injuries were reported as a result.

Once the driver is charged, VSP will release further information regarding his identity along with any charges placed. 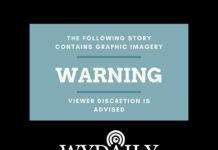 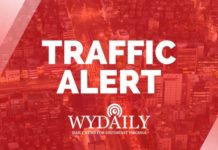 Second Crash on I-64 Results in Fatality