WILLIAMSBURG — If you’re visiting Busch Gardens Williamsburg on a weekend, you will likely see a local celebrity around the park, taking pictures with fans or greeting people who call out to him as he is about to get on a ride.

That would be James Earl Williams Jr., or the “Mayor” of Busch Gardens, as he is known among parkgoers and team members.

Williams earned his unofficial title as Mayor around the end of 2020, but he has been going to BGW since he was nine years old.

The park had just opened in 1975, and Williams’ uncle, a truck driver, found the park by mistake.

“He came back and told the family, ‘We should go!’ So we did,” Williams said.

The first roller coaster Williams rode at the park was Glissade, a steel coaster in the Germany section and the first one ever built at BGW.

Williams was hooked from there and has been visiting ever since. He rode Loch Ness Monster when it was brand new to the park, and continues to ride it today.

“I love a coaster,” he laughed.

It wasn’t until around October 2020, a time when entry into the park was still limited due to the pandemic, that he began to earn quite a following.

Williams would post regularly about his visits to the park on one of the BGW Facebook fan pages.

“Someone saw how much I come to the park and they said, ‘They should make you Mayor of Busch Gardens,’” Williams said. “And it just went from there.”

Now when other visitors see Williams around the park, decked out in his Busch Gardens gear, they will call, “Hey, Mr. Mayor!”

Williams said that people will often comment on his posts on the BGW Insiders Facebook page and tell him that they saw him at the park that day, but were too shy to come up to him.

Williams is from the town of La Grange, North Carolina.

Now retired from working in the Lenoir County Public School system, he spends his weekends traveling to Williamsburg, where he stays at a nearby hotel before hitting the park each day.

As soon as he enters the park, he stops to take a front-gate picture before deciding what side of the park he wants to stop on.

“Sometimes I go left to Apollo’s Chariot first, but when it’s hot, I stop at Escape from Pompeii and get soaked,” he said. “I just take it country by country.”

His favorite ride is Griffon, but he is also partial to Verbolten.

Since January, Williams has only missed three weekends.

“The dedication is great,” Kevin Lembke, park president, said. “It’s truly the power of social media. It’s such a great community of folks that share photos and what’s happening with the park, and they really get to know each other.”

Williams, who holds a Busch Gardens Platinum membership, recently had to take a weekend off from BGW to visit the Tampa park.

However, he said that he still prefers the Williamsburg park.

“This park is more beautiful, and the employees are great,” he said. “I don’t know the ones down in Florida like I know the ones here.”

Though he is an amusement park enthusiast, Williams said that BGW was especially his favorite during COVID-19, as it officially reopened to the public in August 2020 with restrictions and limited capacity.

Williams said that his favorite part about being the Mayor is when he is standing in line for a ride and he can hear people whispering, “Is that the Mayor?”

Parkgoers can continue to follow Williams, a.k.a the Mayor, as he continues to post pictures of his visits to BGW most weekends – and if you see him around the park, don’t be afraid to say hello. 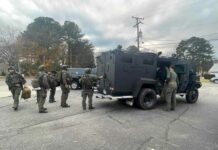 Armed Male Arrested After Barricading Himself in Williamsburg Home 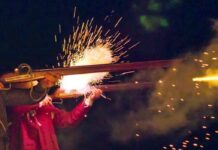 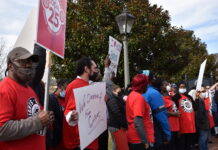