YORK — Fire destroyed a boat on the western branch of Wormley Creek on Friday, but emergency personnel prevented the blaze from spreading.

Units from York County Fire and Life Safety responded to reports of a boat fire just before 10 a.m. in the 1000 block of Wormley Creek Drive in the Marlbank subdivision, according to a press release.

Wormley Creek is a tributary of the York River.

The department’s rescue boat and units from both the Yorktown and Grafton fire stations responded to the blaze, which was quickly brought under control.

No one was injured, but the boat was a total loss.

The Virginia Department of Emergency Management and U.S. Coast Guard also responded and assisted in the efforts to prevent the fire from spreading to nearby boats, the pier and vegetation along the shoreline.

A drone that is jointly owned by Fire and Life Safety and the York-Poquoson Sheriff’s Office was used to monitor the scene.

The cause of the fire was electric in nature, according to the release. 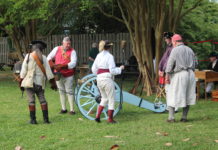 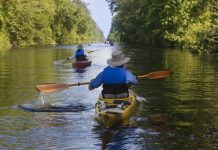