Janet Reid, deputy director of Hospice House, said the non-medical, nonprofit hospice received a $62,000 check from Men’s Charity Tennis, which raised money for the donation through a tennis tournament for men 45 years and older, a wine gala at Fresh Market and a silent auction. The tournament and the gala took place in early October.

Men’s Charity Tennis raised $4,000 for Hospice House during their first tennis tournament in 1999. Since then, the nonprofit has donated more than $660,000 to Hospice House through its fundraising events.

Reid said the $62,000 will go toward Hospice House services, which provide physical, emotional, social, and spiritual support to individuals reaching the end of their lives. The hospice’s annual budget of $985,000 is completely funded by donations, Reid said.

“It’s a significant source of revenue for us and we’re very grateful,” Reid said of the Men’s Charity Tennis fundraisers. “Not only do they help raise the funds to help keep us operating for our community but they help with our outreach.”

Although Men’s Charity Tennis organizes the largest independent third-party fundraiser for Hospice House, Reid said the Hospice House could not serve its guests without contributions from a variety of supporters. 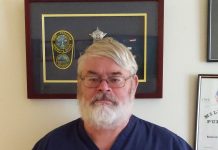 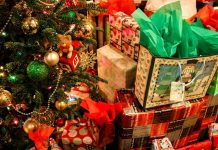 Five things you need to know: Christmas on a budget in a pandemic