There are several corrections to the original publication of this piece. Each correction has been denoted with an *. We apologize for any confusion this may have caused. -Ed.
WYDaily Revisits
This article originally appeared on WYDaily as, Virginians, not Pilgrims, held first Thanksgiving on Nov. 24, 2016. -Ed.

HISTORIC TRIANGLE — It may be possible that the first official English Thanksgiving in the New World took place not in Plymouth, Massachusetts but in Hampton Roads.

Graham Woodlief, president of the Virginia Thanksgiving Festival, said a ship from England named “Margaret”* dropped anchor at the future site of the Berkeley Plantation — upriver from Jamestown — though the exact dates of when this occurred are not known*.

The ship carried 35 settlers employed by the Berkeley Hundred investors*, which had received an 8,000-acre grant from the Virginia Company of London*, a joint stock company*, earlier that year.

“Before they left they had been given a list of 10 instructions [from the investors*],” said Woodlief, who is a direct descendant of Captain John Woodlief, commander of Margaret and 35 settlers onboard. “The very first thing was to give thanks for their safe voyage to almighty God, perpetually and annually. Once they landed they kneeled and gave thanks for their safe voyage. That was the first English Thanksgiving.”

The giving of thanks at Berkeley Hundred was vastly different than the one made famous at Plymouth, and predated the arrival of the pilgrims by over a year. Woodlief said the first Thanksgiving at Berkeley Hundred was likely a short prayer ceremony after which the settlers began building the Settlement*, including houses, palisades, and critical buildings.

Woodlief said records of the Berkeley settlement are incomplete, but if the settlers followed the instructions from the Berkeley Hundred*, they would have given thanks every Dec. 4.  With incomplete records, it’s impossible to say how subsequent Thanksgivings at Berkeley were conducted — or if they took place at all.

“They probably would have had a short religious observance and prepared some foods they were used to from home and foods they produced here,” said Historian Nancy Egloff from the Jamestown-Yorktown Foundation.

Whether a feast occurred at the annual Thanksgiving is conjecture, but any feast would have featured locally raised corn and wild game such as turkeys and venison, Egloff said.

“Hopefully their harvests were good, but their records don’t say,” said Egloff*.  “How much celebration they were able to do depended on their harvests.”

Why was the Thanksgiving at Berkeley largely forgotten by history and the feast at Plymouth now serves as the basis for the holiday?

For one, the Berkeley plantation was destroyed in 1622 — just three years after its founding — by a Native American attack, according to Woodlief.

“To be quite honest, the New England states just had many more Thanksgivings,” Woodlief said.  “I think they had a better public relations team.”

The history of the Berkeley Hundred Thanksgiving was lost until the 19th century, when Dr. Lyon Tyler — son of President John Tyler — came across them in the New York Public Library, according to Woodlief.

Tyler later published his findings in the Richmond News Leader in 1931.

Egloff* said that in the years surrounding the Civil War, northern artists promoted the Massachusetts Thanksgiving rather than the one that took place in Berkeley Hundred. 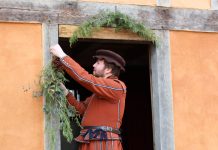 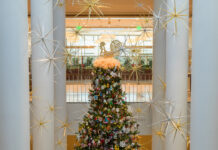