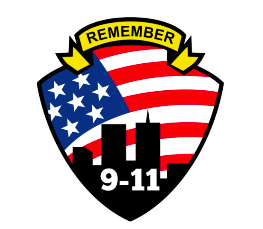 James City County Cub Scout Pack 414 is hosting a 9/11 Remembrance Ceremony on Friday that will include performances patriotic music, a recognition of local first responders and a special guest speaker.

The pack, which is led by Darrell Wahl, currently consists of 61 boys in first through fifth grades.

They began observing the anniversary of the Sept. 11 terrorist attacks by planting a memorial garden in front of the James City-Bruton Volunteer Department in Toano for the 10th anniversary in 2011.

In the two years after the planting, the troop continued to host small ceremonies at the garden to acknowledge the day, but it was not until last year that the event really started to take off.

Around 200 people, including the Cub Scouts’ parents, other troops in the area, firefighters, police officers, first responders, military personnel and people from off the street, attended last year, which gave Wahl the inspiration to try to grow the event even more this time around.

The idea behind this year’s program is to achieve three major objectives.

“The biggest thing is educating the kids,” Wahl said. “None of these kids were born when [the attacks] happened so it’s important for them to learn about it.”

The program also ties in the value of community service, which is promoted across the Cub Scouts organization.

Finally, Wahl said it is important to continue to have a ceremony to thank area first responders and emergency personnel, noting the absence of other memorial events in the area.

The event will kick off at the fire department at 7 p.m. Friday with call to gather, a presentation of colors and the singing of the national anthem.

The heart of the program will be a recognition of honored guests, including military personnel and first responders in attendance, the presentation of a special poem by a scout and a wreath laying ceremony.

The ceremony will conclude with a prayer, the playing of Taps and closing comments by Wahl.

The entire program is expected to last no more than 45 minutes, and is free and open to the public. Military personnel, city officials, first responders, police officers and firefighters are encouraged to wear their uniforms as appropriate.